IS THE FOOD PYRAMID STILL RELEVANT?

Over the years, the U.S. Government has tried many ways to get Americans to be more cognizant of what they’re putting on their plates.  A noble cause, but one that has left many Americans confused due to the changes in government diet recommendations over the years. 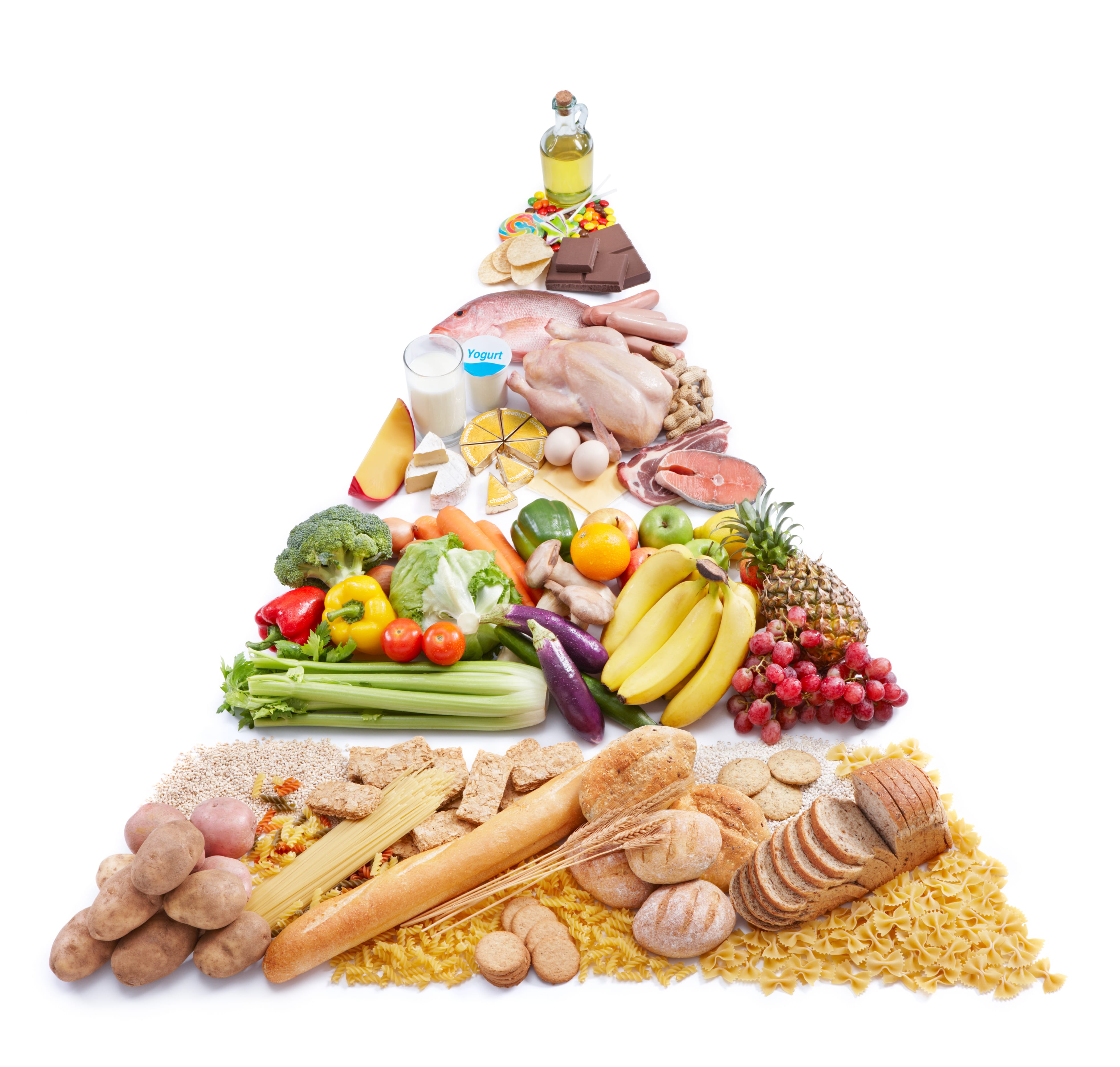 The Food Pyramid above was introduced to Americans in 1992 and many Americans still look back to it for guidance today.  So, is it even still relevant?

Starting from the bottom…

The pyramid places heavy importance on refined grains including pastas, potatoes, breadsticks, and cereals, stating that Americans should consume 4 servings per day.  The problem with this is that the Food Pyramid does not encourage wholesome grains that are full of nutrients and fiber.  Instead, it leads Americans to believe that starchy, calorie dense (as opposed to nutrient dense) grains should be consumed more than any other food group.

Fruits and vegetables are not in a bad position here.  However, they definitely shouldn’t be consumed less than dairy products, so perhaps, encouraging 3-4 servings a day, or one serving at every meal would have been a better approach.

Next, a heavy emphasis is placed on milk, cheese, and other dairy products, which, back then, was thought to be important for calcium absorption. However, dairy products are not the only source of calcium and they are definitely not the best source either. In fact, seeds such as chia, sesame, and poppy, contain more calcium than cheese and are also more nutrient dense. Additional sources of calcium include other plant-based foods such as beans and legumes, edamame and tofu, and some leafy greens.

Next, the “meat, fish, and alternatives” section is not in a terrible position, as we do need protein to thrive and meat, fish, and alternative meats are great ways to get that in.  Furthermore, the average adult woman only requires 46 grams of protein per day and the average adult man only requires 56.  Therefore, the heavy emphasis on protein that many Americans put on their diet today (Americans, on average, over consume protein by A LOT) is put in its place with this Food Pyramid.

Lastly, the Food Pyramid tells Americans that we should only consume fats, oils, and confectionery sparingly.  This is, perhaps, the most flawed part of the pyramid given what we know today.  Healthy fats are both nutrient dense and satiating, meaning that consumers stay full longer, and therefore, eat less.  Healthy fats such as avocados should earn a larger spot on the Food Pyramid.  In addition, not all oils are bad, and many, such as coconut oil and olive oil, have been proven to have lots of great benefits.

Overall, the old Food Pyramid had good intentions for consumers.  However, it missed the mark in a lot of ways, including its lack of specificity in categories such as grains and fats.  In addition, the Food Pyramid places emphasis on specific foods known for containing a high percentage of a nutrient such as dairy with respect to calcium.  A more sound approach would have been to call the section “calcium rich foods” as opposed to “dairy,” especially since dairy products aren’t even the most calcium rich sources.

Then again, the Food Pyramid along with MyPlate and any other government healthy eating guides were really never meant to be the end all be all to a healthy lifestyle.  Rather, they serve as a guide to encourage Americans to look at what they’re eating and consider healthier options at each meal.